What are the best inventions of the 20th century?  I’m sometimes inclined to nominate the Ziploc bag.  (The generic name, apparently, is “zipper storage bag.”)  An inexpensive airtight, watertight, reusable bag—it has a thousand uses.

Runner-ups (at least for geeky types who dote on office supplies) include the Post-It note, which allows removable annotation of papers and other objects.  I use them for bookmarks in magazines, with the added bonus that you can write on them to list pages for later reference.  And then there’s Velcro (all right, “hook and loop fasteners”), popularized in the space program, and beloved of small children who haven’t learned to tie their shoes.

Computers?  Atomic energy?  Spaceflight?  Sure.  But while no one has yet (alas) offered to put me on a spaceship, I use Ziploc bags every day.  Sometimes it’s the small everyday innovations that do the most to make our lives easier.

When we’re developing the setting for a science fiction or fantasy story, we may focus on big showy stuff, like the Ringworld or light-sabers.  But whether we’re dealing with technology or with magic, we also need to think through how the principles embodied in those big inventions may affect more mundane activities. 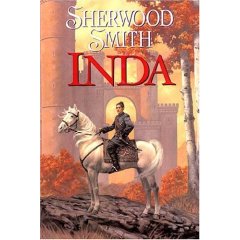 In Sherwood Smith’s world of Sartorias-deles, magic has been known for thousands of years, and is used in some form by practically everybody.  For example, as soon as possible, at about four years of age, a child is taught the Waste Spell.  As the entry in the glossary explains:  “these few syllables, whispered when a human being lets go of waste, gets rid of it.  Waste includes vomit, and with a syllable attached, menses.”  Babies have to have diapers changed, as usual.  But once the child learns the Waste Spell, it’s no longer an issue.

Imagine the implications.  No latrines, no chamberpots.  No scenes in which women go off to the bathroom together to compare notes on their dates.  No sewer systems.  Less disease.  That single innovation could make significant changes in the story mechanics.

Smith’s simple magics also include enspelled water buckets that clean and sanitize anything dipped in them, and “cleaning frames” through which clothing and such can be passed to cleanse them instantly.  The work of medieval-style drudges who might otherwise spend hours rinsing clothes in rivers and beating them dry on rocks just became vastly easier.

Then there’s the other end of the alimentary canal. 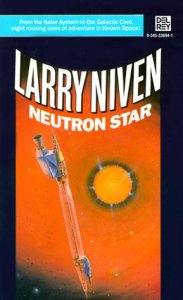 Larry Niven’s Known Space stories include teleportation in the form of “stepping discs.”  Step on one of these sidewalk spots and you’re instantly transferred a block down the street, or to the vestibule of a friend’s home.  That’s the snazzy futuristic effect.

But in one story (“Flatlander,” in the collection Neutron Star) Niven’s character Beowulf “Bey” Shaeffer visits the home of a new buddy, “Elephant,” who happens to be one of the richest men on Earth.  Elephant hands Bey a drink—in “a glass which would not empty.  Somewhere in the crystal was a tiny transfer motor connected to the bar.”  The motor teleports more beer into the glass as the original supply is consumed.  Bey dryly observes that the gizmo “must have tricked good men into acute alcoholism.”  The same trick appears courtesy of Dr. Strange, using magic rather than technology, in Thor:  Ragnarok.

On the other hand, if a writer fails to recognize that some invented technology can be used in ordinary but life-changing ways, we may end up with a plot hole—what TV Tropes calls “Fridge Logic,” the kind of problem you think of half an hour after the show is over, while you’re getting something from the fridge.  “Why didn’t they just—”

We might wonder, for instance, why they don’t have personal-sized force shields in Star Wars, to protect individuals the way the ships are protected.  They had them in Dune.  A nice personal force shield would not only change the whole nature of blaster and light-saber combat; it would also make umbrellas unnecessary.  (Not that umbrellas are much needed on Tatooine, to be sure.)

Actually, I haven’t come up with a lot of examples of this kind.  That might be a testament to the thoroughness of writers, but it’s probably also got a lot to do with the vagaries of my memory.  Anybody have a good case study where there’s a technology or magic that ought to make a major difference in how people live, but that difference is missed in the story?

There can also be good explanations as to why an innovation doesn’t affect daily life.  If a magic or technology is rare, difficult, costly, or dangerous, it won’t be used casually for everyday things.  In the Niven story, the fabulously wealthy Elephant has these self-refilling glasses, but the well-traveled Beowulf Shaeffer has never seen one before; we can infer that they’re hideously expensive.

Similarly, if the necessary equipment is bulky or consumes a great deal of power, it may not be feasible to use the technique in small-scale applications.  That might explain the absence of personal force shields in Star Wars:  perhaps the generators, like steam engines, can’t readily be scaled down to belt-buckle size. 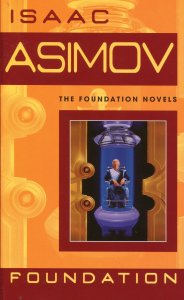 This is actually a plot point in Asimov’s Foundation series.  The grandiose Empire had massive force-shields, but only the Foundation’s emissaries have personal versions.  “We have force-shields—huge, lumbering powerhouses that will protect a city, or even a ship, but not one, single man.”  (Foundation, part V, “The Merchant Princes,” ch. 10)  The nascent Foundation, working with severely limited resources, had to invent smaller shields—just as American satellites in the early days of the space program developed miniaturization techniques that the Soviets, with their larger boosters, didn’t need.

There are plenty of real-life cases where mundane innovations make possible noteworthy changes in lifestyle.  Modern business life, with its exact schedules and appointments, would not have been possible before the invention of the wrist- or pocket-watch—and in a form that was not only portable, but inexpensive enough for the average person to own.  Only the invention of the elevator, and its nearly fail-safe operation, made skyscrapers practical.

Consider the smartphone.  All of a sudden, almost everyone in many sectors of society has with them at all times not just instant voice communication, but also a flashlight, a calculator, an up-to-date map with position location—and access to a world-spanning library of information.  If these were separate devices, they’d require Batman’s utility belt to carry.  As it is, one simply slips this electronic Swiss army knife into a pocket.

We’re still getting used to the consequences.  But one thing that’s clear is that the ubiquitous smartphone makes for changes in how stories have to be written.  For example, when I wrote a story in which a teenage girl runs away from home, I had to establish that while she had her phone with her, she’d accidentally left the charger at home—so that by the time people thought to locate her by her phone, its battery was dead.  In another ten years, ubiquitous facial recognition might make it even harder to go on the run.

Grand-scale innovations, whether magical or technical, are the meat and drink of F&SF.  Everyday innovations are the humble bread and water.  But the plausibility of a story may depend on the minor as much as on the major applications.

My science fiction romantic comedy novella Time Signature has been accepted for publication by the Wild Rose Press — details to come.