One might suppose that people would write stories in which a society followed their preferred points of view.  We would see socialists writing about the peaceful harmony of the commune, libertarians about collections of sturdy self-reliant individuals, feminists about places where women were ascendant, or at least equal. 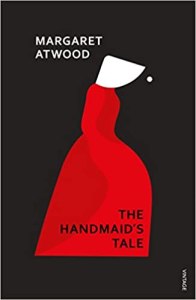 But The Handmaid’s Tale wasn’t written by a man.

More often than not, authors seem to write about the opposite of what they appear to prefer.  Their heroes and heroines struggle against epic oppression by regimes of exactly the type the author finds most atrocious.

Evidently, we love stories about the things we hate.

Dystopias Made to Order

Thus, in 1985 Margaret Atwood writes about a near future in which a theocratic revolution in the United States takes the oppression of women to unprecedented levels—the worst cast for a feminist.  A robust agnostic like Robert A. Heinlein depicts a revolt against another type of theocracy in the 1940 novella If This Goes On— (though putting it that way vastly oversimplifies the relationship between Heinlein and his stories).  Anti-collectivist libertarian Ayn Rand gives us a society in which even first-person pronouns have been eliminated with the novella Anthem (1938)—and the America of Atlas Shrugged (1957), while not yet so extreme, is tending in that direction.

In the second section of Jerry Pournelle’s The Mercenary (1988), John Christian Falkenberg’s mercenary army is hired to help maintain order on the planet Hadley, where Earth’s “Bureau of Relocation” has dumped job lots of involuntary “colonists” with few skills and no will to work.  The result is a classic welfare-state nightmare.  In the climactic sequence, the bad apples have all concentrated themselves in a self-appointed constitutional convention in a stadium, seizing power and essentially enslaving the technicians who keep the colony running.  When this self-serving mob initiates violent resistance against the nominal government, Falkenberg orders his troops to secure the stadium.  The mob attacks after refusing to heed warnings—and the troops systematically slaughter all the armed attackers who will not surrender.

The way Pournelle tells the story, the reader is wholly sympathetic to the “mercenaries” and feels righteous satisfaction when the tables are finally turned on the antagonists.  The cumulative misdeeds of the mob are what give us the sense that the last-resort violent countermeasures are justified.

There may even be examples of preferential atrocities in the young adult dystopias that currently spread across the landscape.  The common element in The Hunger Games, the Divergent series, and perhaps The Maze Runner is that likable teenagers are cruelly oppressed by sinister adults.  Societies in which young adults are subjected to the arbitrary and exacting rule of hostile grown-ups might be considered to constitute the anti-ideal for teenagers—the characteristic dystopia.

The Appeal of the Atrocious

If we ask why so many writers depict worlds entirely at odds with their own (or their audience’s) preferences, one simple answer is that utopias are notoriously boring.  A story requires conflict.  And, once we’ve defined what makes our heroes virtuous, the obvious opponent is their opposite—depicted in as extreme a way as possible.

But I think there are also other factors at work.

We could perhaps write a story about defending a utopia against attack, rather than attacking a dystopia.  But it’s easier to depict something that’s obviously noxious than to show how a really well-working society would go.  Destroying is easy; building is hard.  If the bad guys are sufficiently bad, we may never have to wonder about, say, exactly what kind of reformed society the Rebel Alliance would put into place after defeating Darth Vader’s Empire.  (To its credit, the Hunger Games series does provide some hints at the end about the pitfalls of establishing a better successor regime—although, again, more by showing how the revolution could go wrong than by showing it going right.) 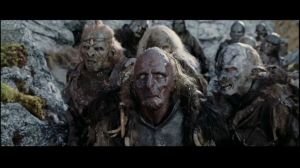 More important, it’s easier to engage our emotions by showing how bad the bad guys are.  Personally, I am even more moved by awe at the acts of heroism and virtue; but rousing our outrage against evils may be more visceral.  In a dystopic story, the despicable practices or institutions of the society justify our hatred of the antagonists.

It’s hard to overstate the adrenaline rush of righteous anger.  It’s seductive.  When a storyteller takes the despised behavior of the oppressive society to an extreme, they allow us to imagine, and desire, the equally extreme response.  Shoot ’em all down!  Blow up the Death Star!  No quarter!

From Story to Fact

This is one of the places where the stories we tell extend their reach out into the real world.  If we get too attached to that defiant rush, we may be more susceptible to the possibility of finding it in reality.  The prospect of being forced to ultimate measures is appalling—but there’s also a certain thrill.  What if the apocalypse is finally here?  We can finally abandon restraint and pull out all the stops!

Of course, there genuinely are times “when in the course of human events, it becomes necessary” to take extreme measures.  There are always two ways of going wrong.  We may be too rash and rush to extremes; but we may also be too complacent.  Either way may involve, in part, a failure of imagination.  It’s one kind of failure not to recognize the anti-ideal when it genuinely begins to happen.  But the other kind is to pounce on every sign that our favorite stories—the ones with the atrocities we despise—are coming true.  It’s when we prematurely think we see this in real life that the stories in the back of our heads become dangerous. 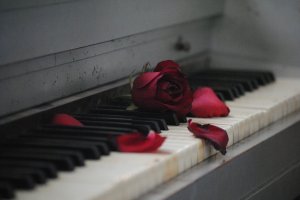 Image by SeaReeds from Pixabay

Extreme measures need to be kept to a true last resort, because civilization is more fragile than it seems.  We cannot lightly throw away the rule of law.  If we do, the result is likely to be worse than the original problem.  We need to keep that essential idea firmly in view, even in difficult circumstances—including those where the rule of law itself is being violated and needs to be reasserted and reawakened.

There is no substitute for thinking things through, with care and determination.  The adrenaline rush so familiar from our favorite stories can’t be allowed to keep us from drawing the right lines, at the right times, in the right places.  If we are too complacent, or too belligerent, we may simply be lending ourselves to making someone else’s preferred atrocity come true—and earning their equally extreme resistance.  That isn’t the kind of resolution we need.