It’s now becoming apparent just how big a risk Marvel Studios took when they decided in Avengers:  Endgame (2019) that those disintegrated by the “Snap” would not return until five years later (the “Blip”).  What the post-Endgame shows are giving us is a tantalizing, but incomplete, new world.  Obviously, however, in order to comment on it, we’ll have to issue a

Once time travel was on the table, it would have been simple for Marvel to set up the plot of Endgame to put things back the way they were.  I fully expected the heroes to go back and undo the Snap altogether.  But instead the storytellers took a different tack; see our previous discussion in Changing the Past – Or Avenging It (2019). 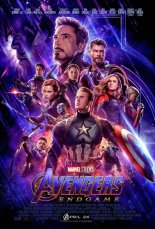 The post-Endgame new world is radically changed.  It’s no longer simply our own world with superheroes added.  The immense loss, and then the return of the lost, almost more disconcerting, has created a world-wide trauma.  This doesn’t just violate the iron law that a series of adventures must always return to the status quo ante; it veers away from a principle that’s almost inherent to superhero stories.  Famed comic book writer Kurt Busiek observed:

One of the most charming elements of the superhero story, for me, lies in the fact that the world it all happens in is our world—that this fantastic, furious, cosmic stuff happens in what could be the skies over our heads—and sure, it should transform the world into something unrecognizable, but it doesn’t . . . It’s not a realistic world, but it’s a fascinating one.  (Astro City:  Life in the Big City (1995-1996), Introduction, p. 9)

That’s no longer true in the MCU.  Between the Blip, and the potential of the alien technology left lying around after the Battle of New York (see Spider-Man:  Homecoming (2017)), and the immediate awareness of extraterrestrial threats that motivated Nick Fury into forming the Avengers in the first place (see Captain Marvel (2019)), we’re not in Kansas any more.  The screenwriters have abandoned the comfortable world of the serial comic book for the permanent change of more serious science fiction.

Marvel’s output since Endgame explores the ramifications of the now-completed Avengers saga. 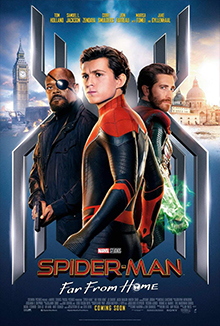 Spider-Man:  Far from Home (2019) has Peter Parker joining his high-school classmates on a summer field trip to Europe.  Fortunately for the plotline, his closest friends Ned Leeds, Betty Brant, and Flash Thompson, and his crush MJ, were also among the “Snapped” and thus are still Peter’s age—unlike those of their former classmates who lived through the intervening five years.

The story doesn’t really make a lot out of the dislocation caused by the time lag.  It does, however, tell us that Tony Stark had posthumously turned over to Peter control of a powerful orbital weapons system via an AI called “EDITH.”  In a sense, this automated defense system is the fulfillment of Stark’s long-time dream—handing over the defense of Earth to robots who can fight without sacrificing human lives.  That didn’t work out so well, however, in Avengers:  Age of Ultron (2015).  Nor does its course run smooth in Spider-Man, where Peter is tricked into handing over to a super-villain control of a system that could allow him to dominate the world.  One begins to think Stark was barking up the wrong tree. 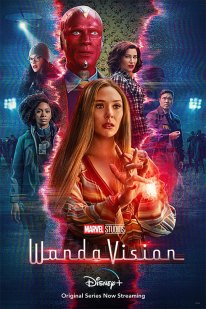 The TV series WandaVision (2021) deals more directly with the fallout from Endgame.  The death of Wanda Maximoff’s android husband, the Vision, in the Infinity War is the underlying tragedy that drives this very peculiar series.  Wanda herself is the principal antagonist in this storyline, since her grief has driven her to transform an entire town into a re-enactment of the life she wishes she could have led.  Yet she is portrayed sympathetically, on the whole.

Less sympathetic are the people supposedly in charge of resolving the problem.  These include some admirable characters, such as the eccentric Darcy Lewis from Thor (now an astrophysicist in her own right) and FBI agent Jimmy Woo.  But the force in charge of addressing Wanda’s fantasy-in-a-bubble is an organization called SWORD, a complement of sorts to the more familiar SHIELD.  The SWORD forces are run by one Tyler Hayward, who ends up as the real villain of the piece.  Since SHIELD has already turned out to have been a cover all along for the nefarious Nazi-derived organization Hydra (see Captain America:  The Winter Soldier (2014)), Marvel’s “secret agencies” are batting 0 for 2. 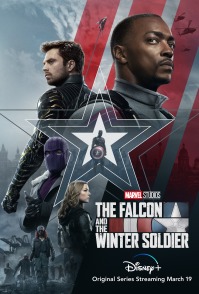 Nor are things looking up in the currently running series, The Falcon and the Winter Soldier.  Cap (Steve Rogers) had turned over his emblematic shield to Sam Wilson, the Falcon, at the conclusion of Endgame.  Sam, feeling unworthy of Cap’s mantle, turns the shield over as a museum display rather than using it himself.  This noble humility is betrayed when someone—the U.S. government?—instead gives the shield to a newly-appointed Captain America, John Walker.  At the halfway point of the six-episode series, Walker is not a bad guy—yet—but he isn’t much of a good guy either; he shows signs of going off the rails a bit, as apparently happened in the comic books.

The same could be said of several other forces.  A “Global Repatriation Council” seems to be responsible for resettling refugees from the Blip; but their behavior seems high-handed and violent.  The enemies against which the authorities want to mobilize Sam and Bucky Barnes (the “Winter Soldier”) are the “Flag Smashers”—but they’re not entirely villains, any more than the GRC are heroes.  They want to ‘smash flags’ not to destroy civilization, but to destroy nationalism.  And they devote themselves to helping the refugees, albeit by unlawful means.

It gets still more complicated.  Sam and Bucky ally with Baron Zemo, the anti-superhero villain of Captain America: Civil War (2016).  They meet up with Sharon Carter, a SHIELD agent and passing romantic interest for Steve in previous movies, now an embittered outlaw on the run.  When they find the mad scientist who’s making super-serum for the Flag Smashers, he says that “When HYDRA fell, I was recruited by the CIA.”  (Huh?)

It’s unclear—to me, at least—exactly who Sam and Bucky are working for, if anyone.  That’s a deeper question than it seems.  The Civil War sequence sought to grapple with the classic superhero issue of vigilante action.  Do superheroes act wholly on their own, or do they answer to someone?

The conflict among the Avengers was about independent action and distrust of authority.  They put that aside to deal with Thanos.  But in the post-Thanos world, relying on the authorities seems even more dubious than before.  The MCU seems to be descending into what TV Tropes calls “black-and-gray morality.”

Who are these authorities, anyway?  Who’s in charge?

It’s murky.  In WandaVision, SWORD can bring in a massive armed force to surround an American small town for days on end.  Is it an agency of the U.S. government?  FBI agent Jimmy Woo cooperates with them—for a while—so maybe SWORD is at least on good terms with the feds.  But where does it get its authority?  (This was never very clear even for SHIELD in the comics, much less in the movies, where it initially appeared to be run by the Omniscient Council of Vagueness.)  In F&WS, Bucky is getting a presidential pardon, but is required by somebody to attend therapy sessions.  Possibly he was never actually discharged from the U.S. military.  But we don’t really see who gave Sam the mission he’s on in the opening episode.  Presumably John Walker, the wannabe Cap, was appointed by the government—though how long he’ll stay in line is anybody’s guess.  Meanwhile, Tony Stark’s orbiting satellite defense is apparently in the hands of a New York teenager.  Well, there could be worse caretakers . . .

If we ask who’s in charge on the superhero end, the situation is even worse.  I can’t tell if the Avengers are still in operation.  Most of the central characters who held things together in earlier episodes are gone:  Steve, Tony, Natasha, Thor.  When a bank loan officer asks Sam probing questions about his income, he seems to have no answers.  The right person to ask might be Pepper, who at least must be in charge of the Stark fortune.  I’m not sure whether the Sokovia Accords are still in effect, giving a tenuous respectability to the costumed vigilantes.  If so, SWORD is violating those accords, according to the Wikipedia squib.

At this stage, it would seem to be dubious to put much trust in either the government(s) or Earth’s Mightiest Heroes.

In a weird sort of way, the post-Return Marvel world has become a sort of proxy or allegory for the COVID-19 pandemic (which didn’t occur in the MCU).  The whole world is under major unexpected stresses.  Traditional economic and political and legal institutions are unsteady.  Everyone is trying to adapt to a new way of life, all at once.

The overall impression I get is rather dystopian.  We see plenty of crime, civil unrest, and lawlessness, but not much that’s positive.  The decent characters like Sam and Darcy and Jimmy are not in positions of power.  It’s rather a letdown after the brilliant, if costly, victory in Endgame.

On the other hand, a period of dislocation and disorientation would not be surprising after the kind of upheavals the world has gone through in Marvel’s composite story.  A more promising trajectory may yet emerge.  I can’t say that’s evident from the new stories so far, though.  Maybe Wakanda will emerge from its isolation and lead us to a brighter day—though in real life we’ve lost Chadwick Boseman, too.  Maybe Nick Fury will pull another rabbit out of his hat.  Or maybe dumping the Fantastic Four and the X-Men into this jumble will somehow make things more rather than less clear.

It’ll be interesting to see where it all goes. 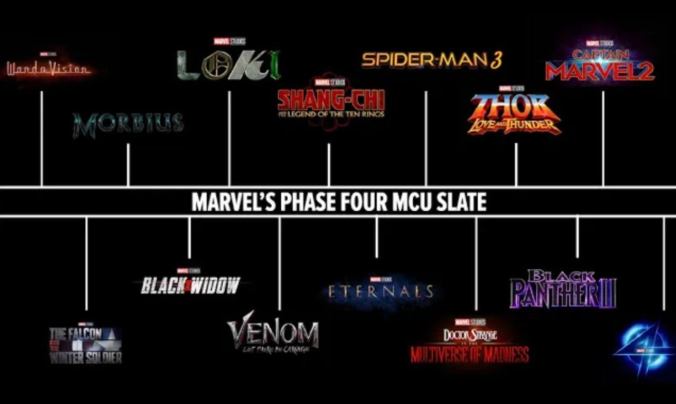 7 thoughts on “Picking Up the Pieces”