The hero of a story is frequently attended by a loyal beast of some sort.  Pirate captains have their parrots.  Roy Rogers had his sturdy steed Trigger, and Zorro relies on his horse Tornado—a mount he went to some pains to acquire, for example, in The Mask of Zorro (1998).  Ron Stoppable, sidekick to teenage hero Kim Possible, had his own companion in a naked mole-rat, Rufus.  The Stark siblings in Game of Thrones (I finally got around to watching the first episode last week) each have a direwolf.  For those who remember the 1950s TV series, we might also instance Timmy and Lassie (though in that case arguably Lassie was the lead and Timmy the accessory; she did get top billing).

In fantasy and science fiction, however, such accompanying creatures often get a significant upgrade.  A F&SF character’s animal assistant may be enough of an independent character to be a genuine companion, rather than merely a pet—occasionally rising almost to the level of the more familiar human sidekick.

Science fiction and fantasy elements allow for semi-sentient or semi-intelligent versions of what would otherwise be considered pets.  They’re not equal to their human masters—at least not as a rule (see below)—but they’re not just brute animals either. 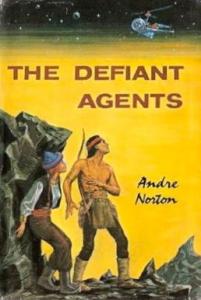 Andre Norton’s SF novel The Defiant Agents (1962) provides a good example.  When a group of Native American colonists is sent to found a habitation on a far-off planet, with them is a pair of enhanced coyotes.  Norton gives the backstory this way:

. . . The coyote had not only adapted to the country of the white sands; he had evolved into something which could not be dismissed as an animal, clever and cunning, but limited to beast range.  Six cubs had been brought back on the first expedition, coyote in body, their developing minds different.  The grandchildren of those cubs were now in the ship’s cages, their mutated senses alert . . . Sent to Topaz as eyes and ears for less keenly endowed humans, they were not completely under the domination of man.  (ch. 2, p. 19)

Anne McCaffrey’s Dragonriders of Pern give us perhaps the classic case.  The planet Pern is protected by men and women riding flying dragons.  The dragons breathe fire to destroy an alien organic “Thread” that falls from the sky and, if allowed to spread, would multiply to consume the planet.  Moreover, the dragons can teleport from place to place by “going between.”  (Despite the fantasy tropes, the Pern stories are actually science fiction.)  Dragons and their human riders bond for life at the dragons’ birth and communicate telepathically; the bond is so complete that if one partner dies, the other is likely to die as well. 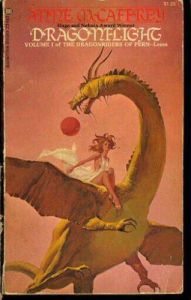 A crucial fact is that McCaffrey’s dragons talk.  Speech is a key sign of intelligence.  We might imagine getting an answer back when we speak to a beloved horse or dog; we might wish for such a relationship—but in F&SF that wish can be realized.

Nonetheless, even though it’s the dragons who do most of the work against Thread, they are the subordinate members of the pairings.  They are immature compared to their humans—halfway to the unspeaking beast, as it were.  One of the main characters reflects that “[d]ragon instinct was limited to here-and-now, with no ability to control or anticipate.  Mankind existed in partnership with them to supply wisdom and order . . .”  (Dragonflight (1968), part II, p. 133)

Nonetheless, speech isn’t always necessary to show that a creature is more than an animal.  In particular, if we’re dealing with alien creatures whose thought processes are different from ours, it may be hard to tell how their degree of intelligence compares.

In Alan E. Nourse’s Star Surgeon (1959), the main character is Dal Timgar, an alien Garvian who has just graduated from medical school on Earth.  Like all Garvians, Dal has a symbiotic partner, a fuzzy ball of mutable protoplasm referred to simply as “Fuzzy,” normally found sitting on Dal’s shoulder.  The Garvians and their Fuzzies (not to be confused with H. Beam Piper’s Fuzzies) have the same kind of interdependence as McCaffrey’s dragonriders:  they can’t live without each other.  While Dal’s Fuzzy certainly seems to be a person of sorts, he doesn’t talk.  His telepathic bond with Dal does not express itself in words.  But that bond is a central part of the story.

The animal sidekick gives rise to a number of classifications on TV Tropes.  The broadest is perhaps Loyal Animal Companion, which spans the range from mere pets to non-human peers.  In this last group, where the two are essentially equals—the Non-Human Sidekick—the “Film–Animation” subgroup includes a list of the animal helpers found in most of the Disney fairy-tale films, such as the talking mice in Cinderella (1950).  (Note, though, that in the more realistic 2015 live-action version, the mice don’t talk and are more like pets.) 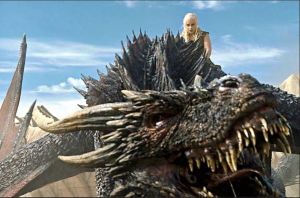 The symbiotic relationships described above are captured under the title Bond Creatures, with a separate page devoted to dragon-riders generally—including Daenerys Targaryen of Game of Thrones.  Witches’ or wizards’ familiars, like Svartalf in Poul Anderson’s Operation Chaos, appear under The Familiar.

There’s also a page for Mons, of which the famous Pokémon are probably the most widely-known.  A human master may have many Pokémon, but Pikachu, for instance, does seem to be a boon companion and not just a fighting pet—although in the animated series his speech (like Groot’s) is limited to variations on his own name.  Note that the upcoming movie version is quite different:  in this movie Pikachu talks and is a complete person—even, apparently, the lead. 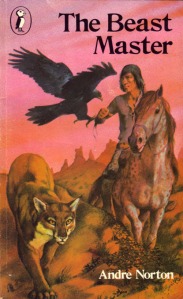 Animal sidekicks can aid their principals in many ways.  Some you can ride, like McCaffrey’s dragons or Gandalf’s steed Shadowfax; there’s yet another Tropes page for the Sapient Steed (including the robotic horse Fess in Christopher Stasheff’s Warlock of Gramarye series).  Some act primarily as scouts, as noted for the Norton coyotes above; so also the Falcon’s avian companion Redwing in Marvel comics (sadly reduced to a robotic drone in the movies).  The enhanced or mutated otters in James Schmitz’s The Demon Breed (1968) do some scouting, and can also carry bombs and perform other basic actions; they talk back to main character Nile Etland, though in a simplified way.  Norton’s The Beast Master (1959) features a whole team of animals who assist main character Hosteen Storm, a Native American like The Defiant Agent’s Travis Fox.

The animal companion may also be able to fight alongside you, in ways a human could not match.  We’ve already looked at the dragons of Pern; we should also mention the treecats of David Weber’s Honor Harrington series, who have averted at least one assassination by being unexpectedly formidable in an emergency.  Owen Grady’s team of raptors in Jurassic World is equally capable.

Ascension of the Sidekick

Frequently, animal sidekicks tend to be a little childlike and essentially innocent.  They’re depicted as simpler than their human sponsors.  The nonhuman creature may be quite bloodthirsty or deadly, but it’s in an innocent way.  We don’t hold animals responsible for being savage; that’s just the way they are.  The more animal sidekicks lack the full intelligence and moral agency of a person, the more they get the benefit of animal innocence.

But sometimes it turns out that the seeming animal is more than it appears.  It may develop that the “sidekick” is really the equal of the human partner—in intelligence, in culture, in overall personhood.  At that point, we pass from subordinate to peer, and the relationship may shift to something more like that of a buddy movie. 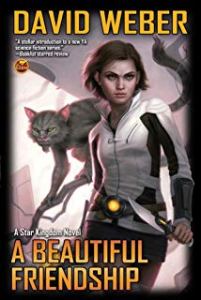 This is true of Weber’s treecats:  as the series progressed, they were revealed to be about as intelligent as humans, though without advanced science.  The Pernese dragons have also shifted gradually in that direction; in particular, Ruth, the eponymous character of The White Dragon (1978), is depicted as a “sport,” human-like in personality and mental capabilities.

Sticking with the dragonrider model, we see a similar progression in the How to Train Your Dragon movies.  These dragons have always been pretty smart; but the third episode, released in the U.S. in February 2019, gives them a culture and even a governmental structure of their own.

Heinlein was fond of this twist.  He used it in Red Planet (1949), where Willis the “Martian roundhead,” originally the main character’s pet, turns out to be an immature form of the regular civilized Martians and a particularly important individual.  Similarly, in The Star Beast (1954), the main character’s monstrous “pet” Lummox turns out to be a very young royal child of the sophisticated and formidable Hroshii species.

James Schmitz’s first story about Telzey Amberdon, “Novice” (1962, appearing in The Universe Against Her and volume one of the Eric Flint Hub compilation), presents Telzey with a telepathic “pet” named Tick-Tock who is revealed to be one of the indigenous “crest cats”—predators so dangerous that, while humans have been hunting them, the crest cats view themselves as hunting the humans on an equal basis.  (Since Telzey is a formidable character herself, even at age fifteen, the team-up really is a union of equals.)

Role in the Story 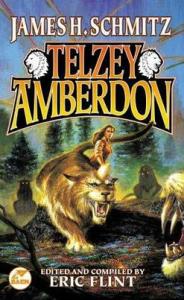 The animal sidekick’s unique abilities or powers, noted above, afford one explanation for its appearance in a story.  Such a companion can allow characters to do things they couldn’t do on their own, whether it’s adding to their fighting strength, reading other characters’ minds, or teleporting to other places and times.  The sidekick is a helper and an ally.

An animal companion provides such assistance in a different way than a human companion would.  In creating a new separate species, a writer can establish limitations in intelligence or otherwise that place the sidekick firmly in a secondary role.  We are rightly uncomfortable putting other humans in such a permanent sidekick position; it creates a fundamental tension with the fact of basic human equality.  (It would take us too far afield here to go into the variations of human ancillary characters—the superhero’s assistant; the military servant or “batman,” as with Honor Harrington or James Christian Falkenberg or Jack Aubrey; Jeeves the “gentleman’s personal gentleman.”)

An animal ancillary character can provide companionship—empathy, psychological support—for the main character without invoking the kinds of interactions that are inevitable when other human beings are involved.  Instead, the relationship between the principal and the sidekick can explore other kinds of interactions, more analogous to those of parent and child, or teacher and student, than those of peers.

In compiling this survey, I’ve noticed that a lot of the stories are older, often dating from the mid-twentieth century.  It may be that this isn’t an accident.  Contemporary thinking leans strongly toward an assumption of equality among all kinds of beings, reaching out to postulate humanlike rights for (e.g.) whales or chimpanzees.  The whole notion of a permanently subordinate or secondary being may be particularly repugnant to many of today’s readers.

On the other hand, coming from the animal side rather than the human-surrogate side, there may be something to the simple wish to communicate on more of a mutual basis with the other creatures that share the world with us.  Wouldn’t we all like to be able to talk to our horse, dog, cat? 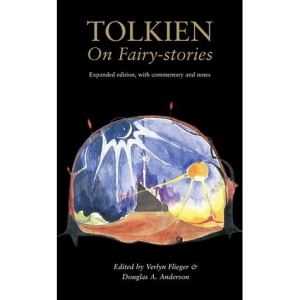 In his essay On Fairy-Stories (1939), Tolkien points out that fantasy satisfies “the desire to converse with other living things.  On this desire, as ancient as the Fall, is largely founded the talking of beasts and creatures in fairy-tales . . .”  If we can’t talk with our actual dogs and cats, we can imagine similarly situated beings with whom we can.  And if they include flying dragons and wily coyotes, so much the better.

Nichelle Nichols, Lt. Uhura on the original Star Trek series, died on July 30 at the age of 89.  (NPR obituary)