We talked last time about SF writers’ fictional histories of the future.  There’s another feature of such backgrounds that must be taken into account.  One of the downsides about a future history is that it blunts the effect of a happy ending.

Those of us who enjoy traditionally constructed stories like to see a happy ending.  It won’t be unreservedly happy, of course.  A story is better if, as TV Tropes puts it, the main characters earn their happy ending—which means they will have gone through a lot of trials and tribulations first.  And there are likely to be losses along the way:  people who die, possibilities that are lost.  But it’s more satisfying if some good is achieved, or at least preserved, in the course of a story.

Even those who scorn the happy ending as naïve generally aim for some sort of closure or conclusion.  It’s pretty generally unsatisfying to read a tale in which nothing at all is accomplished or resolved, even in part.  Such stories exist, but I suspect they appeal mainly to readers so convinced of the meaningless of life that they perceive a pointless story as an affirmation.  For purposes of this discussion, I’m going to assume that one of the elements we look for in a good story is at least some degree of favorable outcome.

Of course, defining the ending of a story is always somewhat arbitrary.  We decide to stop narrating at a certain point, even though life goes on.  (Even in James Blish’s The Triumph of Time, which concludes with the destruction of the universe, new universes are going to be spawned from the death of this one.)

This is particularly true of love stories.  Alasdair MacIntyre once remarked that in Jane Austen’s novels, marriage occupies the place that death occupies in real life.  It brings events to a conclusion.  So it is with many or most love stories, which focus on the formation of a relationship and how it reaches some watershed moment—frequently the commitment of marriage.  Stories about how a healthy marriage proceeds, though exceedingly interesting and valuable, are much more rare—and much harder to write.

And this reflection begins to illuminate our problem.  If we go on telling the story after the high point of the marriage, we run the risk that subsequent events won’t live up to that peak of expectation.  For example, I’ve seen several sequels to Pride and Prejudice that pick up after Elizabeth and Darcy’s marriage; but they don’t tend to be nearly as interesting as the original.

This is true not only of love stories, but of all stories.  At the end of Star Wars IV:  A New Hope, victory is declared, the Empire’s plot is foiled, we exit on cheers and applause.  But at the beginning of the next episode, the rebels are on the run—again—and by the following installment, even the Death Star is being rebuilt. 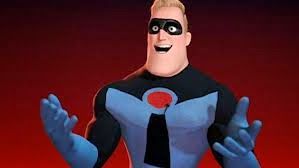 This sort of thing can rather take the bloom off the original victory.  Aaron Leitko’s December 2015 article on Star Wars VII makes this point about “franchises” that don’t end:  “the galaxy can never truly be saved. It is always in peril. With each victory, a new and greater threat amasses over the horizon. Our childhood heroes are destined to struggle onward until they get old, run out of luck, or are conveniently written out of the script following an unsuccessful contract renegotiation.”  One is reminded of Mr. Incredible’s fretful remark at the opening of The Incredibles:  “Sometimes I just want [the world] to stay saved.”  Don’t we all?

A future history, in effect, equips every story in the sequence (except for the last one) with long-range sequels. This means the problem of stabilizing the happy ending applies not only to the individual characters, but to the story’s large-scale outcome as well, like the struggle against the Empire in Star Wars. 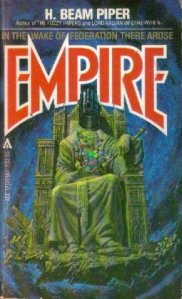 I mentioned last time that H. Beam Piper’s cyclical future history would ultimately have been thrown out of whack by the happy-ending-inducing Fuzzies.  In its original conception, a certain sort of gloom spread over Piper’s future history.  As John F. Carr observes in his introduction to the Piper collection Empire (Ace paperback, 1981), each book seems to offer the prospect of a brighter future, but the books that follow never show that result.  Rather, the promise of each earlier ending is vitiated by later developments.  “At the end of each of these stories it appears as though the self-reliant man has won; however in future stories we learn that while the battle may have been won, the war was lost.”  (p. 9)

Not every imagined history has to embrace a deterministic or cyclical theory like Piper’s.  But any realistic history has to recognize that things don’t always get continuously better in this life.  There are setbacks, reversals, and recrudescences of attitudes and problems we thought we’d disposed of.  We can legitimately hope that our favorite characters’ victories will make things better at least for a while—but the betterment will not last forever. 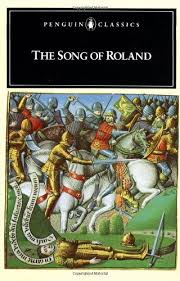 This isn’t a modern discovery.  The eleventh-century Song of Roland, one of the legends that surround the mythical court of Charlemagne (France’s answer to the Arthurian Matter of Britain), ends with a victory, avenging the heroic death of Roland, Charlemagne’s nephew.  But even this somber triumph is not final.  In the very last stanza, Charlemagne is told that he must rally his forces yet again to face a new challenge.  “Small heart had [Charlemagne] to journey and to fight; / ‘God!’ says the King, ‘how weary is my life!’”

Happiness in the Moment

We need to be willing to accept a happy ending that is not unqualified.  Something can be good without being forever.  Subsequent failures do not invalidate genuine achievements.

To enjoy a future history, we have to recognize that the uncertainties of the future do not extinguish the glory of success.  Our newly-wedded lovers, for example, will have their ups and downs, but that doesn’t keep their lives from being happy on the whole.

The same is true of civilizations—the large-scale achievements whose fate is frequently at stake in adventure stories.  The establishment of a better world can make a lot of people’s lives better for a long time, even if that achievement is eventually superseded by later events.

Valeria Victrix Matuchek, from Poul Anderson’s A Midsummer Tempest (epilogue), put it this way:  “Nothing ever was forever, anyway.  Peace never came natural.  The point is, it can sometimes be won for some years, and they can be lived in.”